Added to wishlistRemoved from wishlist 0
Add to compare
Category: Traeger 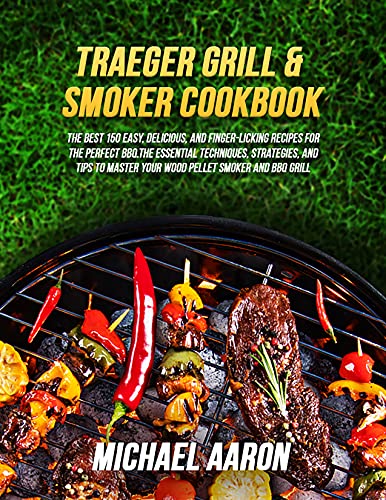 Wood pellet grills are quite popular right now, and Traeger is one of the top brands available on the market. Traeger Grills is a corporation based in the state of Oregon. The company was founded when a man named Traeger decided to create a barbecue that would not spontaneously combust after one of his gas grills caught fire. In addition to its sides of rubs and sauces, it now has more than 6 models to its credit. As fuel for their barbecue, they utilize only all-natural flavored woods or pellets.

Traeger wood pellet grills operate on the principle of a motor driving a screw, which allows flames to grow or decrease in intensity by regulating the temperature of the pellets’ fire. The smoke and flames are expelled by a chimney, which lowers the risk of a fire and the burning of the meat. Each meal becomes more tasty as a result of the addition of wood to the flavor profile, which results in a more complex flavor profile. Many different tastes may be achieved with the use of wood, such as cherry, apple, and pecan.

Because of the wood pellet grill invented by Joe Traeger, it has become the standard for the majority of electric grills and smokers available on the market today. Wood pellet grills from Traeger are durable outdoor cookers that are multi-functional. Traeger grills have regularly been among the best choices for wood pellet grills. Designed from high-quality steel that has been powder-coated to give it that high-end appearance, it is a worthwhile investment if you ever decide to make the plunge and buy one for yourself.

It is highly versatile, since it can be used to smoke, grill, barbecue, bake, broil, braise, and roast all in the same piece of equipment. With newer versions equipped with the new direct drive system, Traeger grills have continued to improve on everything we already enjoyed about the prior models. Traeger grills are a great investment.

Traeger wood pellets are not only useful as a fuel source, but they can also be customized to your recipe in order to bring out the best-tasting taste and impress your visitors. Choose from one of their best-selling items: The Signature mix, Texas Beef blend, Hickory, Apple, Mesquite, Pecan, Oak, and Cherry are just a few of the flavors available. Unlike other types of burners, pellet grills are plug-and-play devices that operate on ordinary home power. In a similar way to an oven, it uses convection to fully cook the food while infusing it with the distinctive Smokey taste that we all like.

To use the machine, you must first load the hopper with pellets and then turn it on using the switch. A hot rod will then begin to burn the pellets in a tiny chamber known as a firepot, which is the final stage of the process. By utilizing intake fans, the hot air and smoke created by the combustion are spread throughout the cooking chamber, allowing the appropriate temperature to be attained. While you’re cooking, a cylindrical blade known as an auger continues to revolve and feed pellets into the firepot, keeping the heat up and the flames burning.

Pellet grills are significantly superior to their outmoded and out-of-date rivals since they allow you to spend much more time doing other things rather than slaving away over the fire flipping, fanning, and feeding the flames. The Traeger is a powerful competitor in the market thanks to useful features like a temperature probe, thermostat, and Wi-Fi capabilities.

There are no reviews yet.

Be the first to review “Traeger Grill & Smoker Cookbook: The Best 150 Easy, Delicious And Finger-Licking Recipes For The Perfect BBQ.The Essential Techniques, Strategies, And Tips To Master Your Wood Pellet Smoker” Cancel reply

£60.34
Add to compare
Added to wishlistRemoved from wishlist 0
Traeger

The Grill Bible • Traeger Grill & Smoker Cookbook: The Guide to Master Your Wood Pellet Grill With 500 Recipes for Beginners and Advanced Pitmasters

£7.53
Add to compare
Added to wishlistRemoved from wishlist 0
Traeger

£26.18
Add to compare
Added to wishlistRemoved from wishlist 0
Traeger

£16.95
15%
Add to compare
Added to wishlistRemoved from wishlist 0
Traeger

Traeger grill: The Essential Techniques, You Need To Master Your Wood Pellet Grill.

£23.02
Add to compare
Added to wishlistRemoved from wishlist 0
Traeger

Buy Now
About us